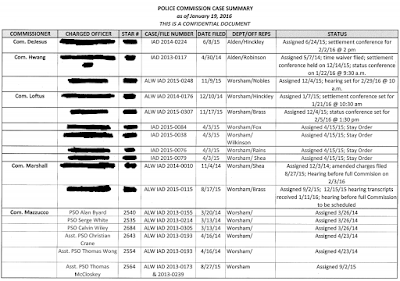 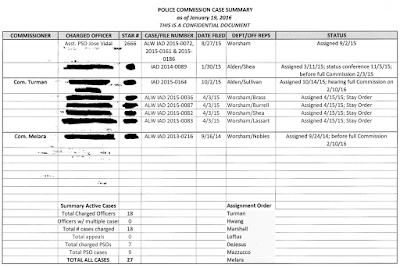 The charges they face are omitted but we know which police commissioner has been assigned a complaint, when the charges were filed and probably with the Office of Civilian Complaints, and the status of the complaints.

As far as we know, this is the first time the police have released any names of officers facing accountability processing through the commission.

We'd like the SFPD to release these case summaries, and more info such as charges filed and outcomes of hearings, made public on a regular basis and without anyone having to file a public records request.

The onus is on the SFPD and the commission to deliver accountability via transparency, and not just feel-good press conferences with the mayor and powerless listening sessions around town.
Posted by Unknown at 12:36 PM