Mayor Ed Lee keeps two calendars. The first is his press calendar and it's published almost daily on his site, and the second is what is known as a Prop G calendar, so named after voters passed a ballot measure requiring electeds to keep and make available to the public their work calendars. 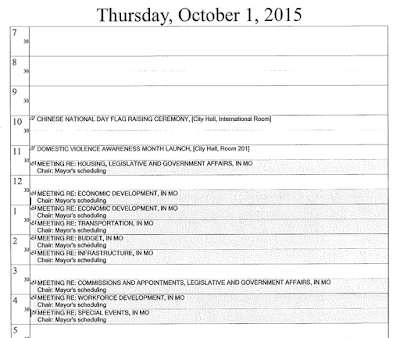 If you want to learn who got face-time with Ed Lee in all of 2015 and January 2016, read his calendars posted here. His entries for October 1, 2015, stand out with typical brief listings omitting names of attendees at meetings and specifics of what was on the agenda.

Most curious is the 1:30 pm meeting entry which says it took place in the MO, Mayor's Office and was about transportation. 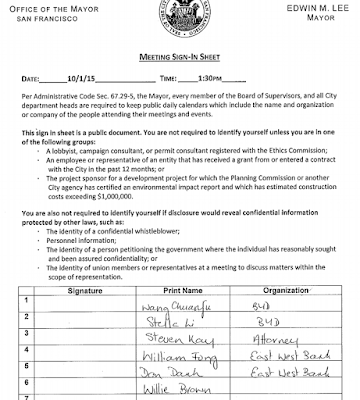 This image from the sign-in sheet for that meeting shows former mayor Willie Brown was there but his column for organization he represented is blank. Other attendees included William Fong and Dan Dauh of the East West Bank, attorney Steven Kay, and Wang Chuanfu and Stella Li of B4D.

We've reached out to the mayor's office asking why Brown's affiliation is omitted. Was he a lobbyist for the East West Bank? According to San Francisco Ethics records, Brown is not registered as a lobbyist. 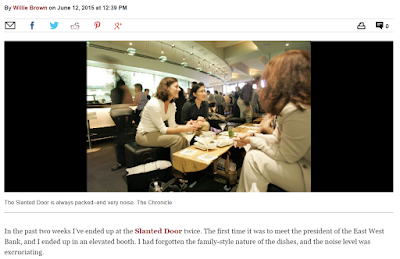 Brown also serves as a political gossip writer for the SF Chronicle and has penned promotional items for the paper's foodie blog Inside Scoop. Back in June 2015, Brown inform his readers that he met with the president of the East West Bank at the Slanted Door restaurant and that the noise level was annoying.

When we hear back from the mayor's office, we'll provide an update about who Brown advocated for at the October meeting.